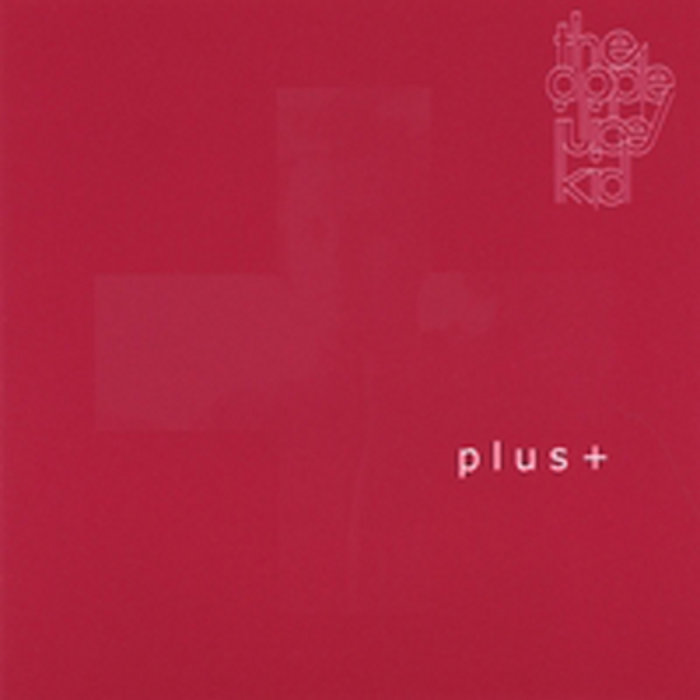 For almost a decade, The Apple Juice Kid has been building a reputation as the triangle area's funkiest drummer. "When I first got here," he recalls, "I used to sit on the street and play hip hop beats on a djembe and a cowbell for people on their way to basketball games." He smiles. "I paid my whole rent that way."

Now, in addition to leading three of the area's most in-demand bands - the hip hop outfit Sankofa, the live electronica Apple Juice Orchestra and the hot club act known as The Remix Project - and making frequent trips to the recording studio to appear on albums both here and abroad, Juice has moved from the drummer's stool to the producer's chair with the release of his long-anticipated debut, Plus+.

And he's brought some friends; Plus+ is a who's who of the triangle's best young talent, featuring such luminaries as singer-songwriter Mark Wells, rapper Omotade, DJ Pez, and vocalist Shirlette Ammons. "In between my other projects, I'd started composing on guitar and piano, learning my way around the studio, messing with samples," Juice explains. "I started writing beats for some of the incredible musicians, rappers and vocalists in the area, trying to create the kinds of tracks I'd want to hear them on. Everybody who came through loved what came out of our sessions, and next thing I knew, Plus+ was done."

The record is eclectic, moving seamlessly from neo-soul to hip hop, two-step to Brit-pop, spoken word to funky dub, but the sensibility behind Plus+ is clear and focused. Whether on traps, djembe, or any other instrument from his extensive percussion collection -- accumulated largely during drum studies in Europe and West Africa -- The Apple Juice Kid's presence pushes the tracks forward, keeps Plus+'s musician-to-musician conversations percolating no matter the style.

"Love" sets things off: a swirling, dub-influenced cut dominated by slow, rolling drums and tight horn arrangements by Rob Chaseman. Sampled doublespeed reggae vocals, cut in by DJ Pez, tie things together. The track serves as both a welcome and an announcement of Plus+'s sound: this is headbob music, evolving right before your ears.

"I wanted to bring a new sound to a poetry joint," says Juice of "The Window," a collaboration with Shirlette Ammons of Stump, "so I fused elements of neo-soul to elements of drum and bass, added a great horn line from Rob, and let Shirlette do her thing." The result is a coffeehouse vibe straight from a cooler planet. Juice -- whose study of jazz drummers like Elvin Jones has provided him with a uniquely melodic approach to the trap kit -- spikes the song with funky 16th notes on the cymbals and lightning-fast snare fills, creating a perfect rhythmic bed for Ammons mix of spoken word and singing.

"Je Suis Un Chat Noir" is the next stop on Juice's mental world tour: a piano bar high above the Paris skyline, an hour before dawn. Sultry vocals weave in and out of the trip hop mix, as Jana Privett of Apple Juice Orchestra leans back against a cushion of subtle, funky drums, upright bass, and turntable cutting, purring with Eartha Kitt-like sensuality. "The French vocals are the key," says Juice. "This track takes me back to some of my favorite times: late night sessions in Europe, where musicians from five or six different countries, who've never even met, are just vibing together onstage.

Singer-songwriter Mark Wells of Sankofa is featured on "Take It Slow," a stripped-down rock cut full of dynamic interplay between drums, turntables, guitar and vocals. Wells splices Stevie Wonder to the Beatles, and Juice, even in a more supporting role, drives the song with a subtle, muscular breakbeat. " I wanted to make a rock song based on a dope break," says Juice. "The kind an early-eighties hip hop producer would kill to sample. And I made sure the guitars were loud and strong, so they matched the drums' intensity."

"I'm fascinated by all kinds of music," says Juice, who grew up studying jazz and still plays weekly jam sessions. "Anytime I hear something hot, I dissect it, figure out what makes it work and how to flip it a little differently." The result is an album that reinvents every genre it touches -- a tour of today's musical landscape led by a tasteful, highly musical guide who never fails to make sure that the drums knock.

"In a given week," says Juice - who earned his moniker traveling around Europe busking in college - "I might play a hip hop gig, a jazz gig, a neo-soul gig, a drum and bass gig, even a rock gig. All for different audiences. I always wanted to figure out how to make the hip hop fans dig the rock gig, or the jazz fans dig the drum and bass gig - how to bring something to each genre that erases those boundaries, lets everybody feel it all."

With the unadulterated grooves and overflowing guest talent of Plus+, the Apple Juice Kid makes good on that ambition.

Bandcamp Daily  your guide to the world of Bandcamp

Featured sounds from Fly Lo and Ahmed Idris, plus Mother Nature hops on to drop off new project